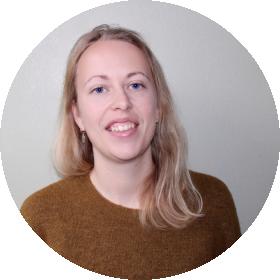 For English, please scroll down

Creative Europe Desk NL invites you to join ACE Producers, APostLab and TorinoFilmLab in an online session to learn all about the ins and outs of these highly acclaimed European training initiatives. Find out what they can offer you and learn why you should develop your skills in the film industry in the field of project and script development, producers’ skills and post-production management. In this Masterclass you will find out how they help you develop expertise and build your network in Europe.

Each training programme will present their organisation briefly, followed by a Q&A lead by Katriel Schory.

Join us Tuesday afternoon 13 October at 4PM (CET), get inspired, ask your questions and broaden your network.

Register for free via this link.

The masterclass will be held in English and is open to everyone wanting to learn more about European training opportunities in the film industry.

Why get trained?
The film industry is developing at a very rapid pace and today there are many more challenges to face. However, there are also new possibilities and enough room to innovate. Stay ahead of the game: learn from each other and develop your skills in all facets of film making.

Learn more about Creative Europe MEDIA supported trainings
Improving the skills of talented European professionals is a core objective of the Creative Europe MEDIA programme. The MEDIA programme supports around 60 training initiatives including ACE Producers, APostLab and TorinoFilmLab. Search through all the MEDIA supported courses here or download the flyer 'Get Trained' here.

ACE Producers
ACE Producers is an exclusive network of experienced independent film producers from Europe and beyond. Membership of the network is based on professionalism, mutual trust, collaborative working and openness to new ideas. A fundamental aim of ACE Producers is to encourage and enable international co-productions.

Jacobine van der Vloed is the Director & Head of Studies at Amsterdam-based ACE Producers, taking on the role in January 2017. ACE Producers exists to provide top quality executive training in European creative producing and entrepreneurialism, strengthening the possibilities of producer collaboration and fostering the exchange of high level knowledge about the audio-visual industry.

Before that she worked for over ten years for the International Film Festival Rotterdam (CineMart & Hubert Bals Fund), as well as in many other capacities within the industry. In the four years before joining ACE Producers she co-founded the Art:Film initiative, worked as a teacher at the Filmakademie Baden-Württemberg, was a talent agent for directors and screenwriters at Henneman Agency, and consulted for several markets and festivals. She graduated with a Masters Degree in Cultural History from the University of Utrecht in 2002.

APostLab
APostLab offers training and workshops to producers and post-production supervisors with the aim of increasing understanding and appreciation of post-production management. With 10 years of training experience, and an international pool of experts and trainers, APostLab helps film professionals advance their skills in managing post of internationally co-produced feature films and series.

The call for applications for the 11th annual workshop is now open.

After being a producer and CEO of Amsterdam based renowned production company Lemming Film for over 20 years, and establishing a considerable international track record, Joost de Vries decided to (once more) become an independent producer in 2016. With his new company An Original Picture he is working closely with exceptional filmmakers on international productions.

Joost’s credits include Yorgos Lanthimos’ Academy Award-nominated and Cannes Jury Prize-winner The Lobster, Cannes Best Director winning Heli by Amat Escalante and Serbian co-production Humidity which premiered at the Berlinale. He is currently working on Blind Willow Sleeping Woman, an animation feature by Pierre Földes, based on the work of Haruki Murakami and the road movie Sleep by director Jan-Willem van Ewijk.

Besides being a producer, he works for the Dutch insurance company No Risk On Set, providing risk assessment and monitoring film productions of a certain scale and complexity for their completion bond product.

In 2020, together with Dana Linssen, he is setting up FilmForward, the new skills- and talent training institute for Dutch working professionals.
At APostLab, Joost combines his knowledge of post-production with his producers’ experience.

Niko has a background in film editing and works as a freelance post-production supervisor and a workflow consultant. With his base in Germany, he works mostly on international projects – fiction and documentary films for cinema release.

His projects in the recent years include: Bal – Honey by Semih Kaplanoglu, Hannah Arendt by Margarethe von Trotta, Only Lovers Left Alive by Jim Jarmusch, A Pigeon Sat on a Branch Reflecting on Existence by Roy Andersson and 55 Steps by Bille August. Currently he is working on the next film by Roy Andersson.

Niko gives lectures at various film schools and is a coach for the TorinoFilmLab, the Rotterdam Lab and Berlinale Talents. In 2010 he was part of the very first APostLab (then EP2C) workshop and took on the role as Head of Studies for A Post Lab in 2017.

TorinoFilmLab
TorinoFilmLab is a year-round, international laboratory that supports talents from all over the world, through training, development, production & distribution funding activities.
The Call for Applications for Torino ScriptLab is now open.

In Spain she collaborated as a journalist with the newspaper Faro de Vigo, the national tv channel TVE in Madrid, and the film magazine Fotogramas (Barcelona).

From 2005 to 2008 she worked as a production manager in the music booking agency Concerti e Produzioni, and as a tour manager with artists such as Michael Bublè, Caetano Veloso, Gilberto Gil, Vinicio Capossela, Sergio Cammariere and Roberto Benigni.

She has been working for TorinoFilmLab since its creation in May 2008, and became Managing Director in 2016.

From 1999 and for more than 20 years the Executive Director of the Israel Film Fund. Authorized the support and the promotion of more than 300 full length narrative feature films, in Israel and worldwide, of which, more than 80 films were International co-productions, mainly with Europe.

Among the films he authorized, many won prestigious awards, including 4 “Oscar” nominations for the American Academy; Golden & Silver “Lions” in Venice & “Bears” in Berlin.