How to refuse the world without leaving it: on art & censorship in an international context

How to refuse the world without leaving it: on art & censorship in an international context

What to do when the political regime of the country you are working in as an artist structurally violates the human rights and contravenes values of tolerance? Is it at all morally legitimate to perform in a theatre that is owned by a government that suppresses dissidents and minorities? On Monday April 15 DutchCulture and the Performing Arts Fund NL organise Artistiek Kompas – over je principes als (podium)kunstenaar in het buitenland, a symposium on artistic freedom and censorship. In the run-up to the event, Errol Boon wrote an essay on ethical challenges artists face when confronted with artistic censorship.

In a quest for new worlds, different audiences, unexpected encounters and illuminating inspiration, Dutch artists can be found in countries all around the world. However, working in an international context often involves considerations about how artists relate to other cultures and regimes – especially when working in countries with regimes that contravene the very values artists express in their work. Moreover, basic artistic freedoms are not always guaranteed in these countries, which is why artists are often required to adapt their works as a condition for performance, exposition or publication. Confronted with these questions, cultural workers make different decisions and employ various attitudes towards foreign cultures. Behind these decisions and attitudes often lie implicit moral assumptions and fundamental beliefs that ultimately direct the way cultural workers operate abroad. Explicating these assumptions can illuminate the underlying discussions at stake in order to make a more thorough and informed choice.

These decisions often involve either a moral or an artistic concession, leaving behind a bitter tang of unfulfilled promises
The value of one’s values

What to do when the political regime of the country of destination structurally violates the human rights and contravenes values of tolerance? Is it at all morally legitimate to perform in a theatre that is owned by a government that suppresses dissidents and minorities? When, for example, Toneelgroep Amsterdam (TGA) decided to play Tom Lanoye’s Tsjechov adaption De Russen! at the Baltic House International Theatre Festival in St Petersburg and unexpectedly ended the play with a statement about the universal rights of journalists and homosexuals, the director of the theatre was reprimanded for his (courageous) booking of the TGA piece.

Artists that wish to expose or publish their work in foreign countries, but do not want to interfere too much with the values of a local community, sometimes choose to adapt their work if necessary. When, for example, the Dutch youth theatre ensemble BonteHond wished to perform their play Gezocht: Konijn in Turkey, about a rabbit that is wanted by the police, they had to change the role of the police. BonteHond decided to adapt their piece in respectful collaboration with all Turkish participants, to the extent that everyone could still recognise its artistic vision and the cultural values expressed in the piece. Ultimately, the piece became very successful in Turkey. However, there are many artists that find these forms of adaption impossible and decide not to perform or publish their work in similar conditions. These decisions often involve either a moral or an artistic concession, leaving behind a bitter tang of unfulfilled promises.

The decisive assumption that determines all these possible ways of relating one’s artistic practice to other cultures is that of the status or value of one’s values. Are the democratic and tolerant values of one's work by definition superior to those that are applied in, for example, Russia or Turkey? Or is it by no means possible to ever place one's values over those of others? These ethical principles about the status of values ultimately shape the moral compass that we are relying on when exposing art abroad. Thinking about possible answers to the question of the value of our values, we could distinguish two rather radical attitudes that mark two extremities between which we could set up the moral compass, namely the attitudes of ‘absolutism’ and ‘relativism’. 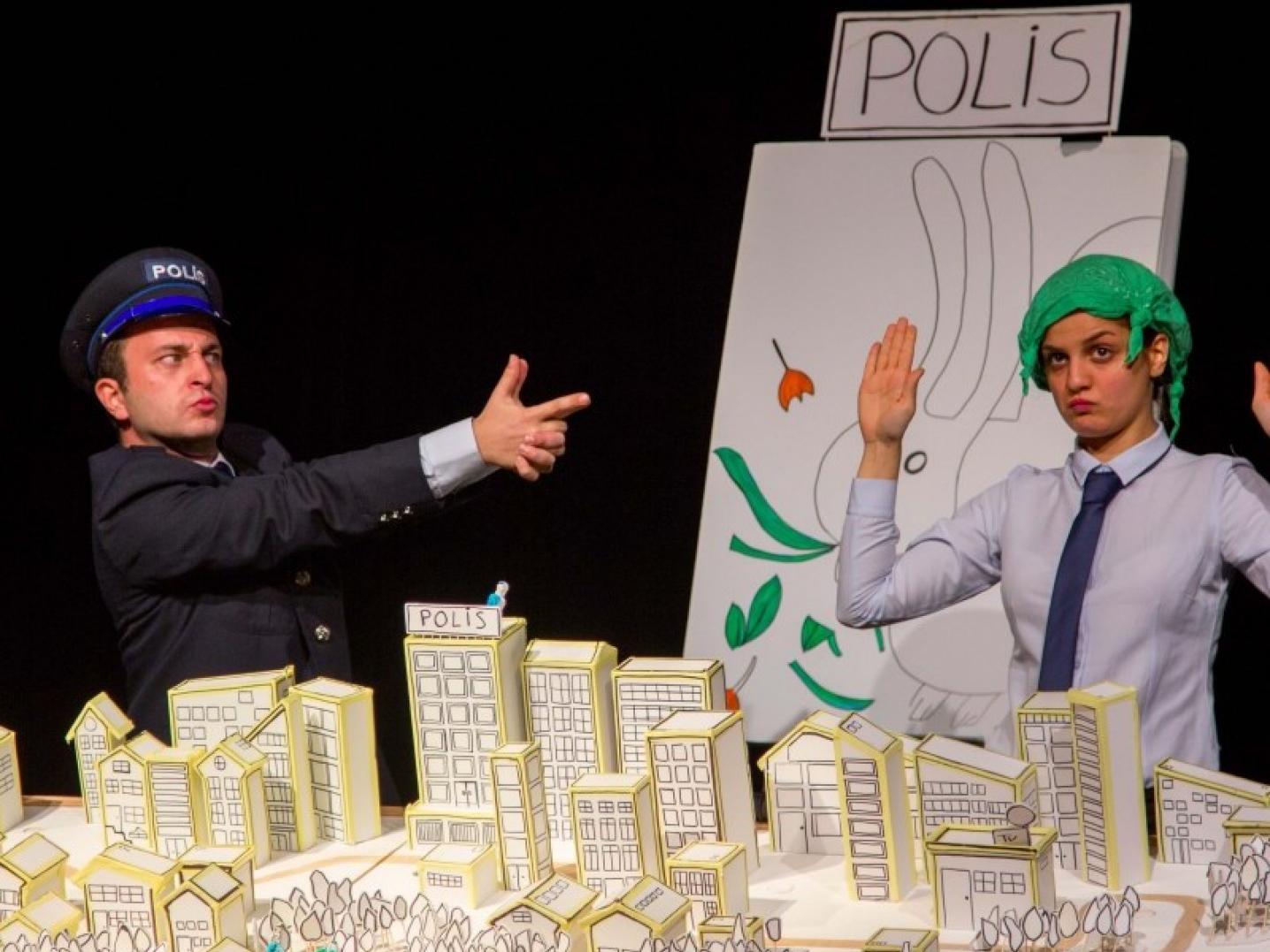 An absolutist or dogmatic stance towards cultural values regards a certain set of values as the superior, objective and universal standard for moral judgements. Adapting one’s artistic work and putting one’s values into perspective would, therefore, be out of the question for an absolutist. Rather, looking at the black pages of European history, we find the absolutist attitude as a legitimization for missionary expeditions, colonializing enterprises and other imperialist ways of imposing one’s so-called ‘higher values’ on ‘underdeveloped’ cultures.

Although most of us would regard this absolutist attitude as a thing of the past, contemporary critics point out that many international art projects still espouse a form of ‘post-imperialism’, which reproduces the power structures established in Europe’s colonial past. Artists too, such as Miranda Lakerveld of World Opera Lab, point out that international projects sometimes still purport a missionary practice of imposing our ‘absolute’ democratic values on others. Most cultural workers thus seem to acknowledge that a moral compass, that is tacitly or unconsciously set upon dogmatic absolutism was and still is the great risk that we must avoid in international artistic practices.

On the other extreme side of the spectrum, as a strong reaction on absolutism, we find the attitude of cultural relativism, which is currently represented more strongly in the international arts scene. Cultural relativism implies that since we lack any objective criteria to measure different cultures, and since we can never fully understand any culture except our own, it is disrespectful and intolerant to critically judge the values of other cultures, as a result of which we have to respectfully abstain from judgement and tolerate other cultures’ values. On the basis of a relativist assumption, the adaptation of one’s work in the service of a foreign regime with different values, would not encounter any moral objections (although, of course, possibly still artistic objections).

However, also relativism does not seem to be to the point for the artistic practice of most cultural workers. First of all, many artists – remember the TGA example – do think that there are certain values that apply to every culture in every era, for example concerning the universal rights of man: only a few artists would reject the universal status of gender equality and freedom of speech. Secondly, when one accepts state-censorship out of an idea of tolerance, one finds oneself in a moral paradox of tolerating intolerance, that is: of tolerating the diminishing of the tolerance that made one tolerate the intolerant censorship in the first place. Lastly, we could wonder whether respect for a foreign culture actually involves abstention of critically judging that foreign culture. Does abstaining the other from critical judgement not mean that we do not rather take the other genuinely serious, like when we tolerate a child by saying ‘it’s is just a child’? What’s more, saying that we cannot understand other cultures well enough to criticise them simultaneously excludes us from the possibility of praising other cultures, from the possibility of ‘learning from a stranger’, and from the possibility of other cultures praising or criticizing our culture. These implications of cultural relativism seem to be contra-intuitive to most cultural workers, for whom it turns out that the compass of moral relativism leads to nowhere genuinely.

Art has a powerful potential to criticise the world we live in – it enables us to ‘refuse the world without leaving it’, as Albert Camus once wrote. However, when we are confronted with cultures that uphold other values than ours, and especially when we are asked to adapt our artworks in service of these other cultures, we find ourselves confronted with the moral dilemma of the ‘value of our values’ for which neither absolutism, nor relativism seem to be of fortunate guidance. The answer must lie somewhere in between, but is almost impossible to find, let alone to prescribe, since the rejection of relativism ends up in absolutism, while the rejection of absolutism can only be made on relativist grounds.

A real dilemma can, by definition, never be solved in theory. Rather, the practicing artist needs to engage with it as a challenge over and over again when working in an international context. Hence, the riddle of finding a prudent middle between relativism and absolutism consists in the moral challenge of advocating your democratic values without imperialistically imposing them on others; to represent an open attitude towards different cultural values without neglecting your most precious and fundamental beliefs.

All in all, this seem to require an open antagonism, a peaceful confrontation between cultures in which we may refuse each other’s worldview, but without leaving the other behind. To acknowledge the differences between cultures, but approaching these differences not hierarchical but rather as an interesting diversity. This entails being loyal to one’s own fundamental values as such, but reserving space to discuss the specific meaning and significance those values may have. Think again about the question of censorship: if a demand of censorship really threatens your moral values as such (e.g. when it violates gender equality as such), it would be problematic to identify yourself any longer with the censored version of the work; but when a required adaptation could shed new light on the meaning of the values you are expressing (e.g. another interpretation of what equality means), it may even broaden up or enrich your perspective. The paradoxical compass of ‘refusing the world without leaving it’ lets us neither leave the mutual dialogue – because dogmatism is always on the watch – nor does it prescribe neutrality and abstention of refusal – because complete neutrality does not exist in the heart of an engaged human being. Where it does lead us remains to be discovered by every traveling artist anew.

DutchCulture and the Performing Arts Fund NL invite representatives from the (performing) arts sector to participate in our free meeting on artistic freedom in foreign countries on Monday April 15 (language: Dutch). 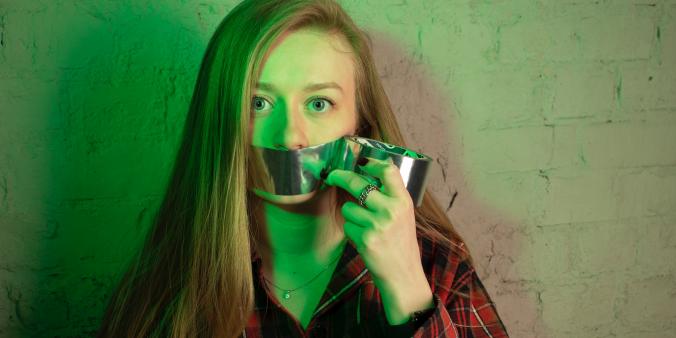 Beauty shall save the world: Lionel Veer on artistic freedom 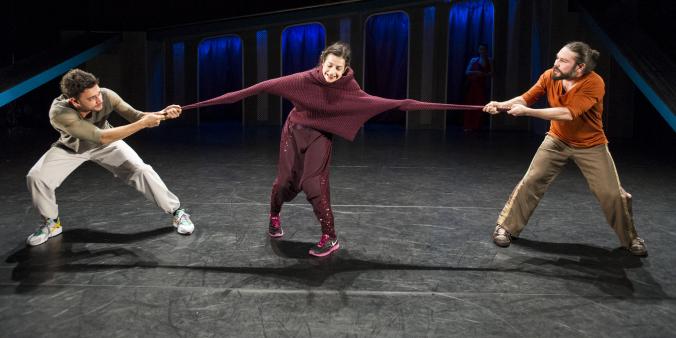 How to stretch the limits of artistic freedom without transgressing them